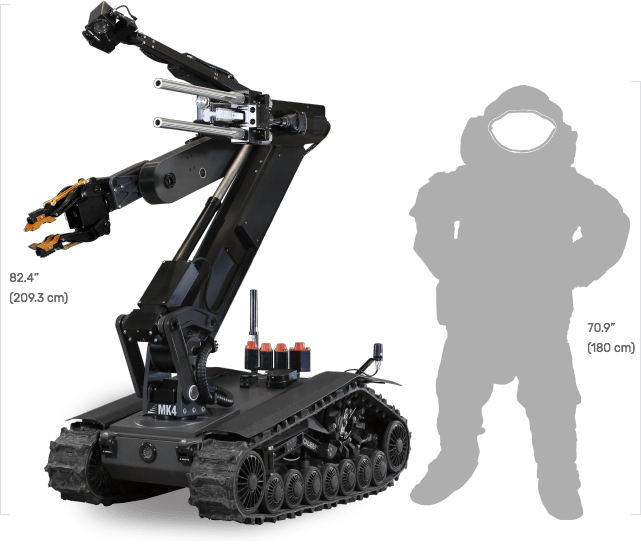 The largest robot in the CALIBER® family, the CALIBER MK4 offers unprecedented towing and dragging capabilities coupled with speed, agility and dexterity—all at an affordable cost.

The MK4 is the most powerful of all CALIBER robots, with a lift capacity of 200 lbs (90 kg). Its Command & Control Unit provides automatic pre-set positioning to facilitate rapid deployment; and a 3D avatar that offers real-time positional feedback on the actual position of the robot.

Read all about the components included in ICOR’s CALIBER® MK4

See it in action!

Watch the CALIBER® MK4 demonstrate its impressive strength as it handles water disrupters, tows a car, and moves through rugged terrain.