November 9, 2020 (Ottawa, Ontario, Canada)— ICOR Technology, a Canadian manufacturer of EOD and SWAT robotics used in more than 55 countries worldwide, is proud to announce the launch of its newest robot: the CALIBER® Flex.

The Flex becomes the fifth member of the CALIBER family of high-quality, innovative, cost-effective ICOR robots for bomb disposal missions.

As ICOR’s most advanced robot yet, the Flex weighs 235 lb (107 kg), has a lift capacity of 50 lb (23 kg), and comes with the following top-level technical features: 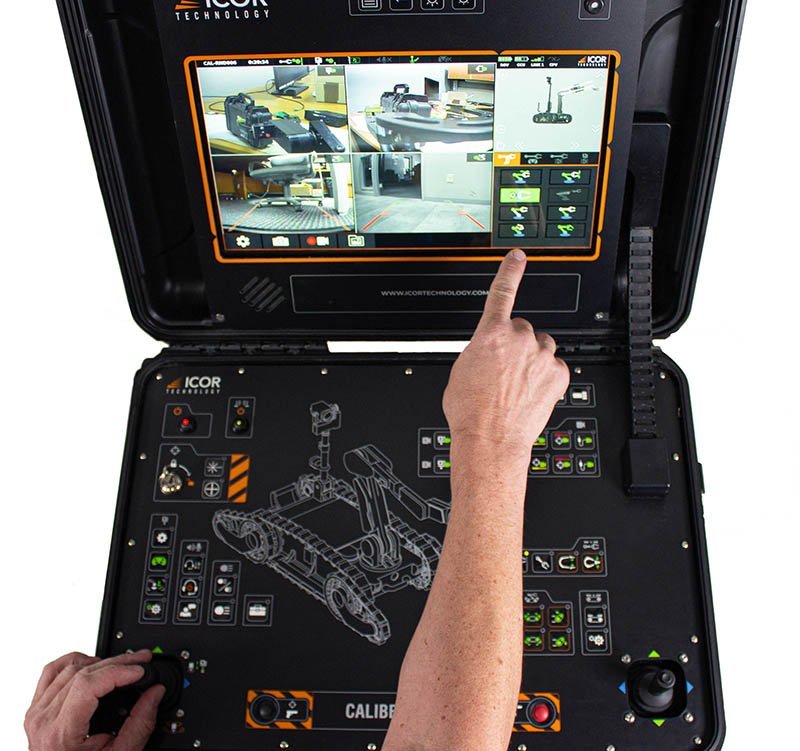 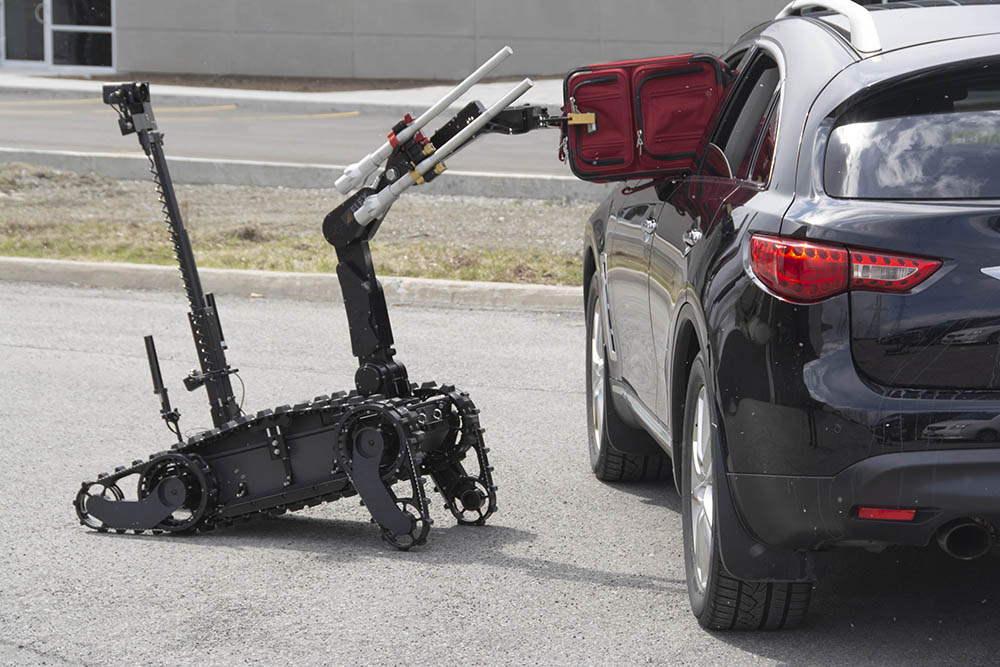 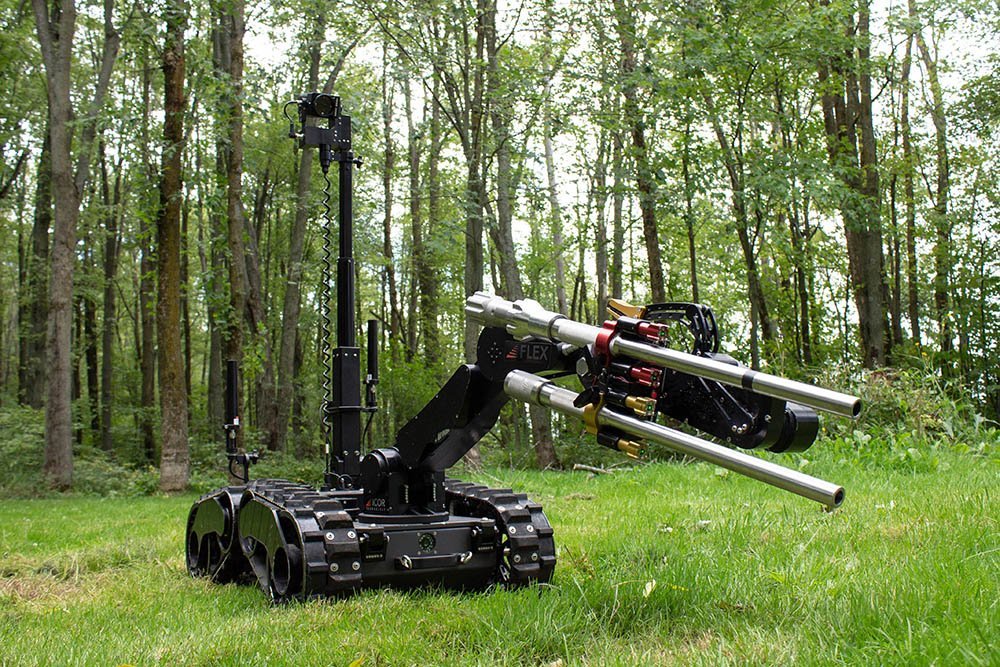 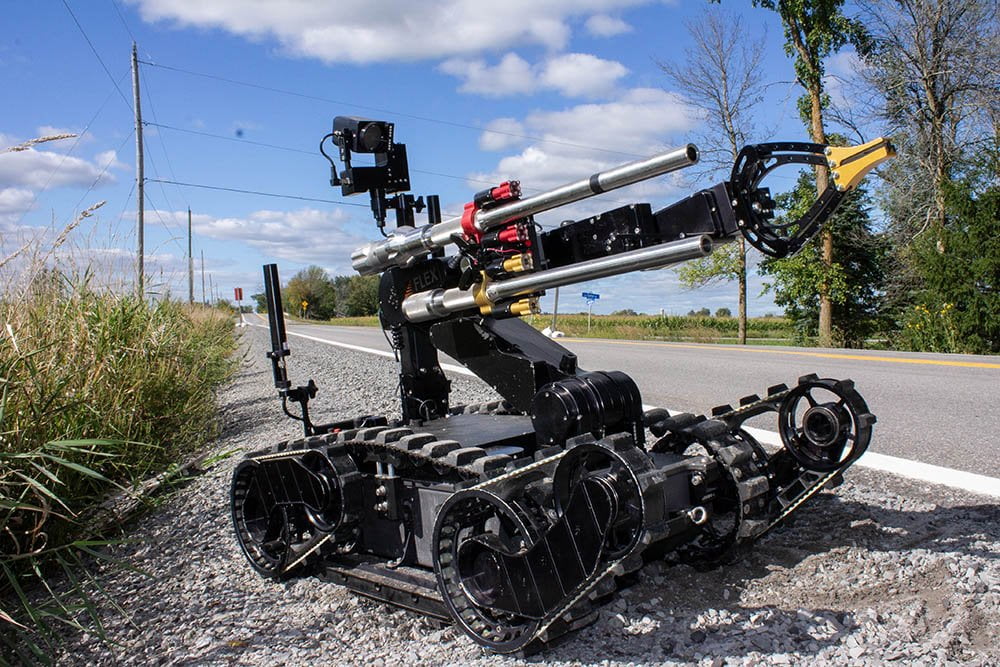 Many ICOR products are created based on customer feedback, enabling the company to constantly work on developing new—and even custom—solutions.

“From day one, ICOR has worked hard to maximize the value for bomb technicians when they purchase a new robot—which is why we’ve always made it a priority to listen to our customers and integrate end-user suggestions,” says Andrew Kavalersky, Vice President of Sales and Marketing for ICOR Technology.

“Meanwhile, in developing the CALIBER Flex, it was also important that we stay true to the overall ICOR values that have always guided our engineering: ensuring the right mix of robotic features to meet the needs of bomb techs, while still maintaining an affordable price.”

Incorporated in 2005, ICOR celebrates its 15th anniversary this year. Its first EOD robot, launched in 2007, was the two-armed MK3 CALIBER—which became the national standard robot in Canada at the Canadian Police College and throughout the Royal Canadian Mounted Police (RCMP).

Since then, the company has expanded its product line—as well as its footprint on an international scale. Today, ICOR robots are used in more than 55 countries including Canada, the United States, Mexico, Brazil, United Kingdom, Estonia, Romania, Saudi Arabia, Egypt, China, India, Japan, and Thailand; and have even become the national training standard in some police training programs.

All ICOR robots are made on-site in Ottawa, Canada, within the company’s 27,500 square-foot manufacturing facility: from R&D, design and prototyping to machine shop, assembly and quality assurance.